As something of a conspiracy theorist I am often amused, and occasionally infuriated, by many of the people who share that same frequently-scorned and wildly-diverse platform.
I recently watched a UK television interview, conducted by political and publishing grandee and all-round BBC smart guy, Andrew Neil, who, along with London Times columnist and Conspiracy Theorist Witch finder General, David Aaronovitch, had chosen to discuss the Bilderberg Group.

To add some ‘balance’ to the ‘argument’ they invited the much maligned Alex Jones as a third man (pun intended) to sit between them, and a flanking attack on the voices of dissent was ready to air.

Now Alex Jones is part of the sometimes endearing, but more often than not ridiculous and annoying, conspiracy theory lunatic fringe.
His radical views are aired, or more frequently screamed, at any microphone or camera that is placed in front of him. The result is an often amusing, and more often tiresome, tirade of fanatical nonsense that may or may not be intended to convince.
This particular interview was brought to my attention, because it had apparently been watched by a great number of people in a very short space of time, or ‘gone viral on YouTube’ as those with nothing better to do than further pollute an already sadly polluted English language were saying.
Now The Bilderberg Group is a clique of supposedly influential individuals from both sides of the Atlantic, whose raison d’etre was first mooted in the fifties by Polish political exile Józef Retinger.
Retinger enlisted the aid of Prince Bernhard of The Netherlands, and a couple of other European heavyweights, who in turn enlisted the aid of CIA chief Walter Bedell Smith, and another of Eisenhower’s advisers, former OSS member and psychological warfare expert, General Charles Douglas Jackson. The group then went on to further enlist the services of the crème de la crème of U.S. and mainland European political, economic, and social society. . . The Bilderberg Group was born.

The original stated intent of the group was to combat anti-Americanism in Europe, and presumably smooth the ongoing passage of cultural imperialism that has subsequently proved such a blessing to each and every one of us on this side of the pond.
The actual result was to bring together a group of rhetoric spewing politicians, favourite sons, and media luvvies, to act as a sort of decoy, catalyst, and general punch-bag for people like Alex Jones and the rest of the conspiracy theorist lunatic fringe.
Or so I had previously thought, and that brings me to my, somewhat laboured, point.
Conspiracies are, by their very nature, complex and secretive.
If they weren’t they wouldn’t be conspiracies they’d be failed plots, and easier to spot and piece together than the dismembered body parts of Guy Fawkes. Conspiracy theories require a degree of cynicism, much time to develop, vision, lateral thought, in-depth research, and the application of rationality and intellect.
Cynicism apart, I didn’t see or hear any of that on this particular episode of the BBC’s Sunday Politics Show, but if you’ve not already done so you can judge for yourselves by clicking on this image.

Now if there is a conspiracy to be unearthed in the activities of The Bilderberg Group, it won’t be found in a Sunday screaming match at the BBC.
Nor will it be found by ‘Alex Jones and the gang’ hanging around outside the group’s published meetings and haranguing the contributors as they come and go.
However, it just might be found in the actions of a an extremely clever BBC television interviewer, and a respected London Times columnist, on a mainstream political chat show.
Did the BBC bring the discredited figure of Alex Jones on to said mainstream political programme because they respected his rabid point of view? Were they adhering to the timeless wisdom of Voltaire, or did they feel The Sunday Politics Show was a little too dry and needed the debating equivalent of a Whitehall Farce to spice it up a bit?

Or was it because the easiest way to negate a point of view is to turn the spotlight of ridicule on those who purport to represent and adhere to that point of view?
Despite the obvious parallels to The Council on Foreign Relations, I have never bothered with The Bilderberg Group in the past.
You might think that, after listening to the Andrew Neil and Alex Jones Punch and Judy show, I would have even less interest in it now, but you would be wrong.
I don’t know the truth of The Bilderberg Group, whether that truth be malignant or benign, but when I have finally finished with The Etzel Trilogy I think I’ll look into it.

And so, thank you Alex Jones and Andrew Neil and David Aaronovitch and the BBC, you have heightened my curiosity and maybe even outlined my next project.
You see, that’s the nature of the true conspiracy theorist, as opposed to the lunatic rantings of the Alex Jones’s of this world. We research the facts behind the headlines, and consider the motives of those who are or were chartered to govern, influence, or inform. We do that not just in a superficial way, but in every way, at some depth, and from every angle.
This can lead us and those who read our work into a complex maze of impossible scenarios, implausible hypotheses, and unanswered questions.
But it can also lead us to the truth.
For example. . . 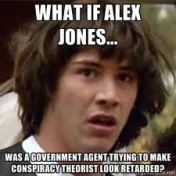 What is Alex Jones’ role in all of this? Is he, as Andrew Neil and David Aaronovitch would have us believe, a loud-mouthed and incompetent idiot with a lunatic point of view, or is he a misguided and misunderstood champion of intellectual freedom and true democracy? Or, then again, maybe he’s an establishment stooge, put in prominent place to hog a fickle media’s attention and overpower any rational assessment of The Bilderberg Group by drowning the great unwashed in a sea of unpleasant noise and irrational rantings?
And why did someone at the all-powerful BBC feel it necessary to illuminate and ridicule such an already acknowledged figure of scorn, and, ipso facto, by applying that same indiscriminate process, tar and feather every other Bilderberg Group conspiracy theorist?
It might be that they genuinely thought it in the public interest. It might simply be a case of incompetent programming and human error at the BBC. It might well be nothing more than one loud-mouthed fanatic being given a public platform through lack of proper research. . . 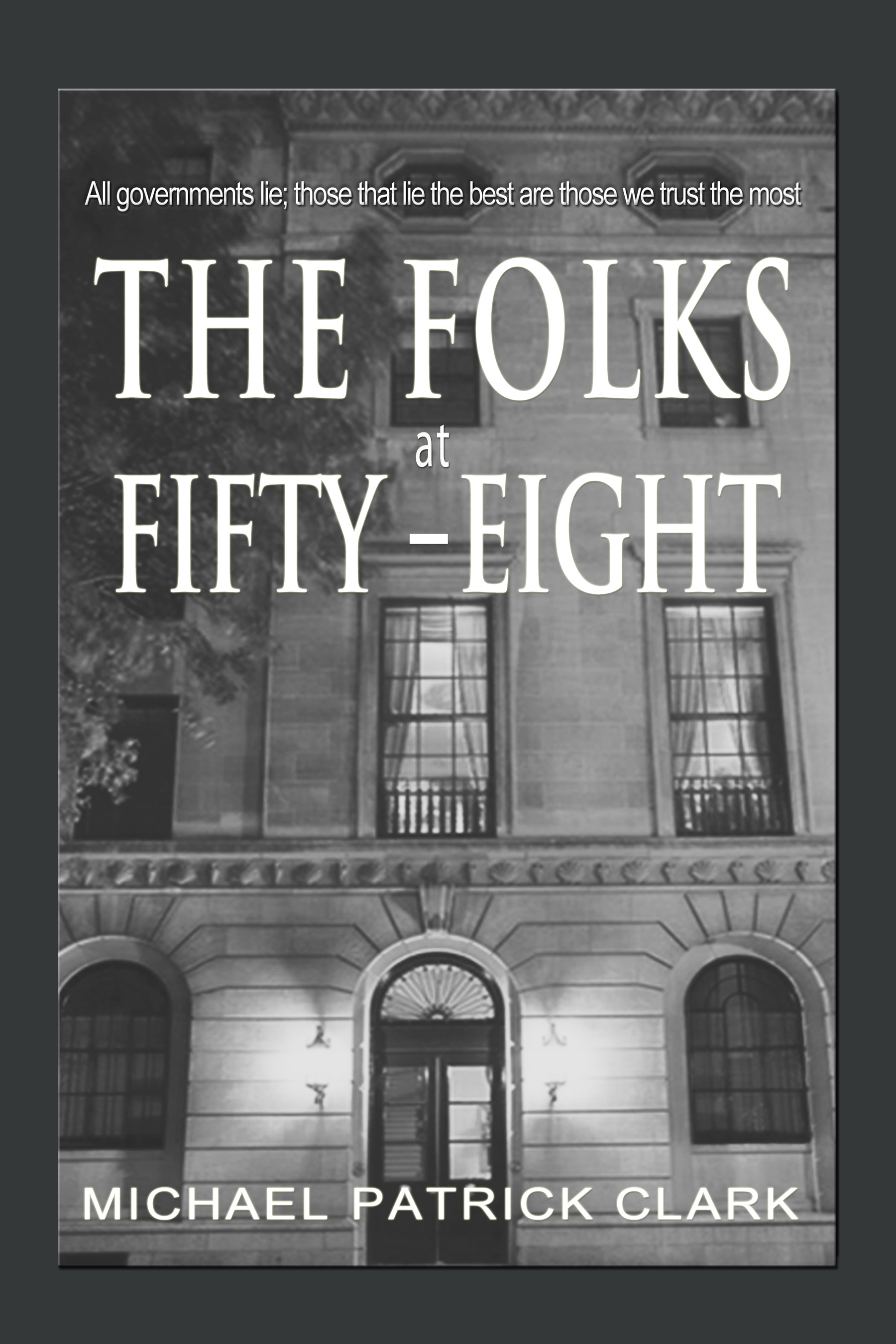